What is an Executory Contract? 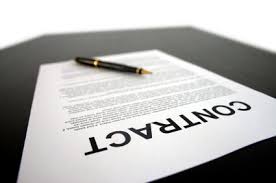 Most unfulfilled contracts are executory, and must be listed on the debtor’s Schedule G. Examples of executory contracts and unexpired leases include:

Since executory contracts are so common, a blank Schedule G is a red flag to a bankruptcy trustee. The federal bankruptcy process demands honesty and accuracy from debtors, including a fair and honest accounting of debts.

If you are considering bankruptcy or have any further questions, please contact the experienced attorneys at Fears | Nachawati for a free consultation. Contact us by calling 1.866.705.7584 or send an email to fears@fnlawfirm.com