On Thursday, August 15, 2013, Donna Cisson was awarded two million dollars by a federal jury in West Virginia for punitive damages and for the internal injuries she sustained while using the company’s brand of vaginal mesh; a product that has been linked to thousands of reports of several internal damage. This verdict is only the first of over 25,000 pending vaginal mesh lawsuits currently in the federal court system, and is being utilized in a series of “bellwether” trials intended to help parties speculate how juries will most likely respond to certain testimony and evidence that will likely be repeated throughout litigation.

Cisson initially filed a lawsuit against C.R. Bard, alleging that she experienced medical difficulties from Bard Avaulta mesh. This case was the first out of a series of four bellwether cases involving Bard Avaulta mesh that will appear on trial. U.S. District Judge Joseph R. Goodwin, of the Southern District of West Virginia was the presiding judge who heard Cisson’s case, and will also hear the other three pending federal court cases that the multi district transvaginal mesh cases have been consolidated into. Below is a photo of Cisson with her husband, during a happier, less painful time in her life:

The next vaginal mesh bellwether trial is set to begin today, August 19,2013, and is being brought on by Wanda and Greg Queen.

All of the complaints filed against these companies involve similar accusations that the pelvic mesh systems were not properly researched and thus, women have suffered severely debilitating injuries when the mesh product eroded through the vagina and caused major infections, among other complications.

In Donna Cisson’s case, it was alleged that she sustained severe bleeding and pelvic pain as a result of receiving an Avaulta mesh implant. When physicians tried to remove the mesh, they discovered it was intertwined with several of her internal organs, causing her to undergo multiple surgeries.

During the trial, evidence was produced indicating that Bard was aware that the plastic it was using for its products was hazardous to human use, and that Bard had been aware of this fact for at least a decade. The company has pulled Bard Avaulta mesh off the market, and when this fact was mentioned, a mistrial resulted in Cisson’s case the first time she went to court.

After two and a half weeks in trial, the jury found Bard liable for Cisson’s injuries and awarded her $1.75 million in punitive damages in an attempt to punish the manufacturer,  in addition to another $250,000.00 in compensatory damages. Below is a photo of the jury listening intently during the court proceedings:

Judge Goodwin presides over six separate multidistrict litigations (MDLs), which have been designed for product liability suits filed against various manufacturers of transvaginal mesh. Below is an image of the United States District Court in the Southern District of West Virginia, where Cisson’s case was tried: 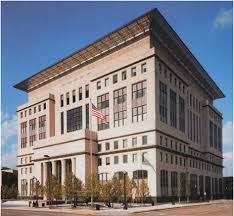 Following the series of four trials involving Bard Avaulta mesh, additional trials are set to start later this year and into the beginning of 2014 regarding lawsuits filed by women who have used vaginal mesh products manufactured by Ethicon, Boston Scientific, and AMS.

Although Donna Cisson’s case was the first transvaginal mesh trial to appear in federal court, numerous mesh cases have already been tried in state courts. For instance, a recent trial in California awarded a plaintiff $5.5 million in damages against Bard Avaulta in July of 2012, and a New Jersey state court jury awarded another plaintiff $11.1 million in damages due to Ethicon’s mesh in March of 2013.

When a medical device produced by multiple companies causes such extensive damage to such a high volume of individuals, there is just too much correlation here to think these severe medical complications could’ve happened by coincidence. When a medical device is implanted into the body of a human being to help improve the health of that individual, it is critical that the manufacturer producing said device ensure that all of the materials used in production of the device are safe and effective; to lessen the chance that the body will reject the medical device as a foreign object or worse – cause debilitating, life altering complications, as we have seen above.  If you have been directly affected by a dangerous medical product such as the one discussed in this article, it is imperative that you consult with an attorney to see if you have a claim, and to ensure that you are compensated for the loss incurred at the hands of the negligent company responsible for producing dangerous or inadequate medical products. If you have experienced severe medical issues as a result of an unsafe medical device, the experienced product liability attorneys at Fears | Nachawati can provide the legal guidance and representation you need to successfully pursue a claim against the responsible party. For further questions,contact us here or call our office at 1.866.705.7584.

Majed Nachawati is a preeminent wrongful death lawyer with a focus on representing victims and families involved in work accidents, automobile accidents, and product liability claims.  Mr. Nachawati is a former judicial law clerk who has settled and tried numerous lawsuits to verdict, resulting in large recoveries for his personal injury clients. As a result of his success, Mr. Nachawati has been recognized as a Super Lawyer and Top Lawyer in wrongful death and personal injury cases across the nation, and has clients in dozens of different states. Mr. Nachawati is a member of The Million Dollar Advocates Forum, Fellowship Member of the American Association for Justice, and a member of the Board of Directors for Public Justice. Mr. Nachawati can be reached at – 1.866.705.7584 or by email at mn@fnlawfirm.com. Information about Mr. Nachawati and his wrongful death case resolutions can be found by contacting him or viewing his Super Lawyer’s Profile.