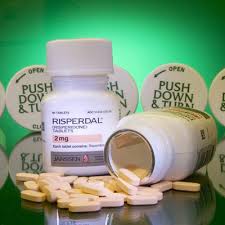 For more than a decade Risperdal has been promoted for unproven off-label uses. Although doctors may have a legal right to prescribe drugs for some off-label purposes, drug companies are not legally entitled to promote or market drugs for purposes other than those approved by the Food and Drug Administration (FDA). Through salespeople, sent out by Johnson & Johnson (J&J), many drug prescribing facilities were told that Risperdal was commonly used as a miracle drug for dementia and other mental illnesses. Although the FDA reportedly told J&J to discontinue these unapproved, false, and misleading marketing uses on three different occasions, J&J continued promoting it—despite the warnings. Furthermore, while Risperdal was approved as treatment for some mental illnesses by the FDA, dementia was not on the list for approved uses. In fact, Risperdal was shown to increase the chance of death in many dementia patients, but J&J continued to promote Risperdal for dementia, despite these dangerous side effects and continual warnings from the FDA. J&J is now involved in a multi-billion dollar settlement with the U.S. Justice Department because of this fraudulent marketing.

From a civil standpoint, our firm has represented numerous families who are the victims of Risperdal’s dangerous side effects. The use of Risperdal for off-label purposes has been said to be the cause of many dangerous side effects and psychological symptoms which may impact an individual’s quality of life. If you or a loved one have taken Risperdal for these off-label purposes and have experienced dangerous side effects, we encourage you to consult with one of our Risperdal attorneys as soon as possible. A successful civil claim pursued against the responsible party will ensure the victims are not burdened with costly medical expenses, and will hopefully compensate them for their pain, suffering, and lost wages for time missed from work. Further questions can be directed to the Fears | Nachawati Law Firm by emailing the lead Risperdal lawyer, Majed Nachawati at mn@fnlawfirm.com, or by calling our office at 1.866.705.7584.

Majed Nachawati is a preeminent Pharmaceutical Products Liability Lawyer with a focus on representing Risperdal victims and families harmed by dangerous drugs on a nationwide basis. Mr. Nachawati has resolved numerous cases through trials and settlements that have resulted in seven and eight figure confidential settlements. He is on the Grievance Committee for the State Bar of Texas. He is licensed to practice before the Supreme Court of Texas and Arkansas, and is in most federal courts in the nation and holds specific licenses in the Northern, Southern, and Eastern Districts of Texas. Mr. Nachawati is a member of the Board of Directors of the Texas Trial Lawyers Association, the Board of Directors for Public Justice, a Leaders’ Forum and PAC member of the American Association for Justice. Mr. Nachawati has been recognized as a Super Lawyer in Texas Monthly Magazine for the past four consecutive years for legal excellence, in connection with pharmaceutical injury cases. Mr. Nachawati is also a member of The Million Dollar Advocates Forum. Mr. Nachawati can be reached by email at mn@fnlawfirm.com or by calling 1.866.705.7584.