D Magazine highlighted new developments in the opioid litigation involving the government, plaintiffs, and other firms in cases that are some of the most complex ever attempted.

Fears Nachawati, a Local Law Firm, is Taking on the OxyContin Industry and Winning

BY WILL MADDOX PUBLISHED IN HEALTHCARE BUSINESS DECEMBER 7, 2020 2:00 PM

OxyContin maker Purdue Pharma reached a global $8 billion opioid settlement of criminal and civil charges with the U.S. Justice Department in October. A local firm has been at the heart of the litigation against the drug producer.

Fears Nachawati is a Dallas-based personal injury firm that has been involved in numerous suits against pharmaceutical makers, chain pharmacies, and distributors for several years, taking on the biggest names in the business. In Oklahoma, the firm was part of a $270 million settlement with the state of Oklahoma in 2019 that funded an opioid addiction treatment center at Oklahoma State University and other resources to help fight the epidemic. The firm represents numerous public entities such as the City of Albuquerque and Utah in opioid litigation.

The federal settlement follows Purdue declaring bankruptcy last year, but critics say it doesn’t punish the Sackler family, who owned Purdue, enough. The family has agreed to forfeit $225 million of their wealth, estimated at $13 billion. Moving forward, Purdue will be run as a public benefit corporation, with profits from opioid sales being used to treat addiction. 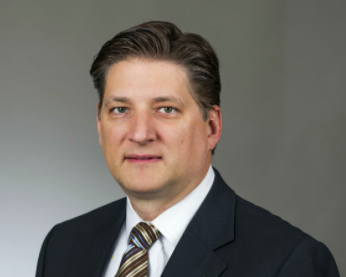 The cases across the country seeking damages against those purported to be behind the epidemic were consolidated into one federal lawsuit. Still, they required extensive coordination between all the plaintiffs, firms, and government entities. “It definitely is, in my opinion, the most complex litigation that’s ever been attempted in our country, considering just the sheer amount of litigants,” says Matthew McCarley, partner at Fears Nachawati.

The central claim is that these companies, including Irving-based McKesson, knowingly sent addictive drugs into communities, leading to addiction that put the burden of treating the addictions and accompanying symptoms on those very same cities, counties, and states. Rehab facilities have taken on more addiction patients, police officers have been forced to carry Narcan to treat overdoses, and hospitals have ended up with an ever-increasing population of addicts. “I think that their guilty plea with the federal government certainly is a signal that we’re moving in the right direction,” McCarley says.

For McCarley, the federal settlement is a sign that the matter is moving closer to a resolution. However, it doesn’t necessarily mean all the other suits against McKesson, Amerisource Bergen, Johnson and Johnson, and others will easily resolve. There is also the thorny issue of figuring out where the $8 billion will go, as there are numerous parties with claims on the settlement. But overall, it is a good sign for those taking on the pharmaceutical industry. “I think the Purdue guilty plea is just isolated to that defendant,” McCarley says. “I would say it’s generally helpful to bring about a resolution against all the defendants that we’ve sued. But I think it probably is overstatement to say that everybody else is going to fall in line now.”

McCarley says the plaintiffs are close to an agreement with the distributing giants like McKesson. The latter is also being sued for their role in flooding communities with opioids, including sending millions of pills a year to towns with fewer than 5,000 people. Getting a settlement from the distributors and Johnson and Johnson would allow the firm to focus on new defendants. These will all likely be settled out of court, McCarley says. Because of the pandemic, most courts are not allowing trials.

It has been a long battle but it seems to be plodding toward victory for those taking on the drug giants. McCarley says he and the firm will keep at it. “We’re encouraged by the developments, and we’ll continue to pursue the claims on behalf of our clients until we get a resolution,” he says.