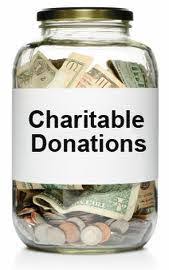 ‘Tis the season. . . to send a message to Congress?

The 10th Circuit Court of Appeals case of Wadsworth v. The Word of Life Christian Center centered on a narrow question: if a bankruptcy debtor gave more than 15% of GAI to a qualified charity, does the charity have to return the entire annual transfer or only the portion exceeding 15%?

The lower courts in Wadsworth had said that the charity only had to give the amount that exceeded the 15%. But the Chapter 7 trustee in this case was not satisfied with this answer and wanted to reclaim more of the debtor’s pre-bankruptcy charitable contributions.

The Tenth Circuit agreed with the trustee. On December 16, 2013 (nine days before Christmas), the panel of three judges issued the opinion. The Court found that the plain language of § 548(a)(2) is unambiguous and clearly provides a safe harbor from the trustee’s avoidance power only if the “transfer” does not exceed 15% of GAI. The Court found that since the debtor’s transfer exceeded 15% of GAI, then the entire transfer is subject to avoidance, not merely the amount above the 15%. The Court said that had Congress intended for only the portion of the transfer exceeding 15% of GAI to be subject to avoidance, it would have added limiting language to that effect. It did not.

If you are considering bankruptcy contact the experienced attorneys at Fears | Nachawati Law Firm for more information and a free consultation. Contact us at our office by calling 1.866.705.7584 or send an email to fears@fnlawfirm.com.